Consumption of natural resources that is faster than it can be replenished results in depletion of the natural environment. Contemporary global challenges are laden with issues of natural resource availability and its management. Neelum District in Kashmir has a beautiful valley that not only attracts tourists but also houses indigenous settlements along with an ancient temple ruins. This valley is located at the Line of control (Loc) and is also divided by it. There are amplified pressures on the natural environment of this area due to population and increased tourism, excessive deforestation as well as dependency of livelihoods. This influx of foreigners who are not local to the land also affects the indigenous cultural archive. The cultural archive is embedded in the local practices, folklore traditions and customs for which the school will work closely with the indigenous people.

LVS 2015 has been covered by IBEX magazine. Click here to see our interview. 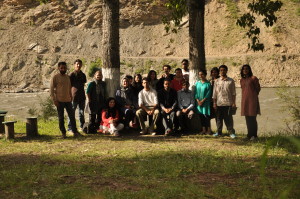 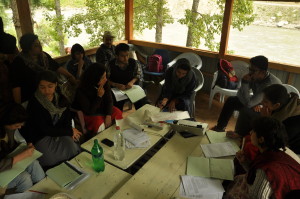 The first day in Kel gave two workshops to help participants formulate their research methodology and to introduce them to the various aspects of Audio-Visual Cultures, which would help them critically analyze their subject, environment and situation in order to encourage numena based arguments. The Creative Research methods workshop introduced participants to the various methods of research and their intersection with creativity, imagination and art. It also laid great stress upon the ethics of carrying out research in the field. All the assignments had a field research component that required students to actively carry out research in the field i.e. Kel, Taobat and Aran Kel. LVS provided notebooks and maps to the participants so they could orient themselves. In Taobat, the workshop on Pattern Language gave participants a good start on categorizing their interests and questions. Groups of participants with one local each provided with the support of HWF went into the 4 villages, Taobat, Taobat 1, Taobat 2 and Taobat Bala. 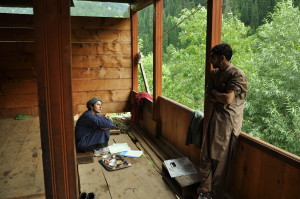 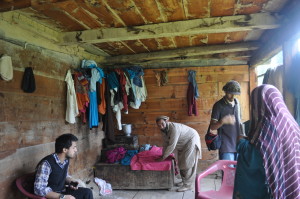 This research encompassed questions about lifestyle patterns in summer and winters, occupation, culture, traditions, religion, conflict and economics. The participants were also taken to the Trout fish-breeding farm where they got to see the fish and feed them as well. Trout fish is endangered in this region hence the locals are not allowed to use a net for fishing. We were also briefed about the nature friendly initiatives taken by the Army such as planting fruit trees, checking illegal hunting and fishing. 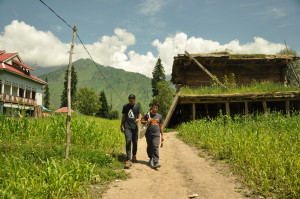 The very important and stimulating workshop on Eco-Tourism began with the coaster ride from Islamabad to Kel, on the fourth and fifth day of the LVS, the aspects of Eco-tourism and its relevance in the valley were discussed with the participants. EC required participants to list down possible eco-tourism initiatives that can be taken in the valley keeping in view the strengths and weaknesses. This culminated into a session where participants filled out forms and discussed possible initiatives with the workshop convener. Our next research site was Aran Kel, which was a 2.5 hours trek up on a mountain in Kel. The research here was carried out in 3-4 hours where participants visited local houses and engaged with the elders of the community, as they seem to be the most authentic source of indigenous knowledge. Local vegetable Karum, makai roti and desi butter lunch was set up on top of an old indigenous house, which gave a beautiful view of Aran Kel. After lunch the participants wrapped up their research and invited a local craft-girl to join in for a workshop in Kel the next day. On our way back from Aran Kel, we witnessed a local man using net to catch trout fish in full view of police chowki at the bridge connecting Aran Kel and Kel. 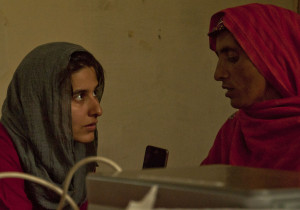 Kel was our basecamp and the morning Army drills kept us well aware of the presence of LOC (Line of Control). Participants would use the mornings for lectures and afternoons for research since the locals were found at home in the afternoon as they use the mornings for outdoor chores such as cutting wood and grass. Kari Gari and Rozgar workshop was held in Kel, where we were also briefed about the BISP project and activities in Kel. The participants visited the Lui Pattu Center in Kel, which is being run by Punjab Small industries AJK program. Here we saw that Local girls were being trained by a Swati craftsperson who taught them how to make Swati shawls on looms. The thread is imported from China while the design is Swati. The LVS sessions had much to discuss regarding this practice and have proposed some strategies as well. The next visit was to BISP (Benazir Income Support Program) center, which was in a bad state, strategies have been proposed for reviving this center as well. We also visited a local woodcraft shop where the locals are dependent upon a person who comes from Muzaffarabad to print designs for the locals to cut out. LVS tutor also discussed alternate products as woodcrafts that bypasses the print man from this process and makes the locals self-sufficient. 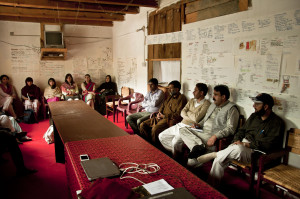 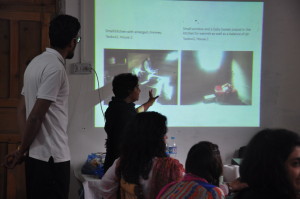 The participants actively carried out research on their individual projects in the last three days. This research was presented to local people representing AJKRSP, BISP, HWF, Anjuman-e-Tajeraan and Dr Younis and an academician from Mirpur University. The work was much appreciated and they have requested detailed reports from the LVS. Last night at the LVS was filled with fun and games. Fuaad Firoz, one of the participants agreed to make biryani for everyone, which turned out to be delicious. This was followed by a special request to Bushra Jamil to make Sawaiyaan, which were thoroughly enjoyed by everyone.