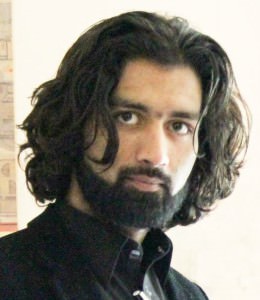 Having seen the struggle and migration that his parents underwent, for their children’s education, hyder extended the gesture to resettle back in Pakistan after graduating from University as the Valedictorian of his class. His journey from the West to the East was traveled by road and allowed him to train and live amongst architects throughout the world. His career as an architect in Pakistan can be equated to a practice of worship. The only consistent companion in hyder’s live has been his Work. hyder considers himself blessed to be guided by Great‐ Ustaad’s. Nayyar Ali Dada has been the close mentor and friend to whom hyder acknowledges all his achievements. After undertaking prestigious and large scale projects such as the National Park [F‐9/Islamabad] and National Museum, hyder has been recently more involved in resettling the rural lands of Pakistan. In little over a year, hyder has raised a substantially large team of young professionals and skilled villagers striving to Re‐Make their Nation, after the floods of 2010. Unlike any other project, Resettling the Indus is an ideology which he hopes does not have a deadline. The perceivable result of his work is for the People of Pakistan to unite as one voice of their Nation, brick by brick; home by home; one village to the entire region till all five provinces can strive towards one common cause, in a collaborative effort of Resettling as the Great Indus Valley Civilization, once again. The real discourse, often mentioned by hyder, is with our inability to cultivate a close relation between our cities and its inhabitant and our villages and its settlements.